Rabbi Yehuda Vilensky (Travinsky) graduated in 1992 from the Rabbinical College of America in Morristown, NJ.

In 1996 he received a master degree in philosophy of medicine from the State Academy of Maimonides, Moscow, Russia.

From 1994 to 1999 he was taught by Prof. Park, the world-known Originator of Su Jok Acupuncture and Onnuri Medicine

Rabbi Vilensky taught courses on various Jewish themes including Kabbalah in New York and New Jersey synagogues. He also lectured in seminars around the world including the United States, Canada, Israel and Russia.

Currently Rabbi Vilensky resides with his family in Israel, where he holds a spiritual and distant healing practice. 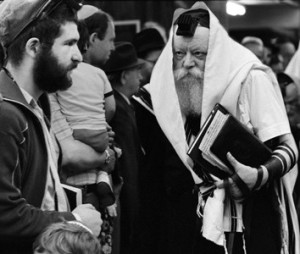 R. Yehuda Vilensky receives a blessing from the Lubavitcher Rebbe, 1989 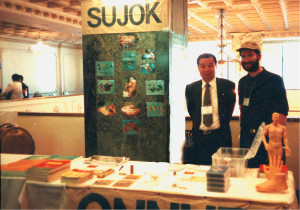